How To: XML Base64 Composite Images Data Binding using ASP.NET and ImageDraw

This white paper describes some of the built-in features of ImageDraw controls when working with XML Base64 strings Data Binding scenarios in ASP.NET Web Applications.
To learn more about how you can use ImageDraw controls to bind XML Base64 string contents, a fictitious Music Website was developed. At the end of this article, you'll find all needed files to examine and run the sample demo. A screenshot of how the sample demo looks like is shown below. 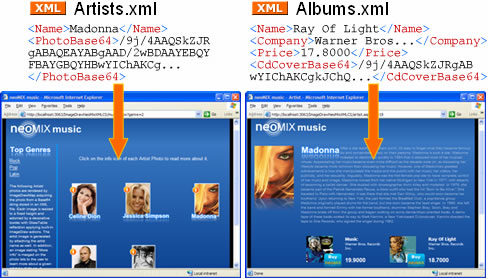 This sample demo was developed used Neodynamic ImageDraw controls, ASP.NET 2.0 and Visual Studio 2005. If you're using Visual Web Developer Express Edition, you can open and run the download files as well. 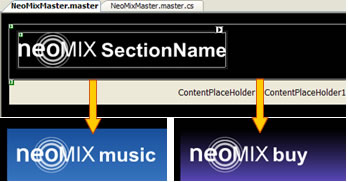 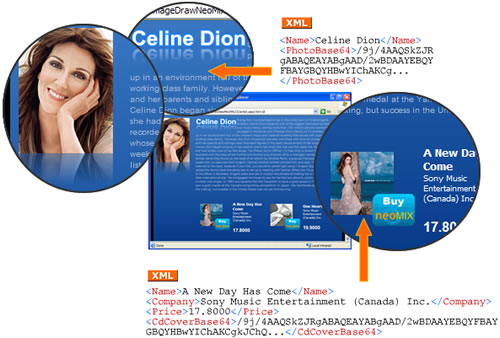 which will be, in turn, a clickable region to a Buy.aspx page.

- Transparent PNG image format support. Most output Composite Images generated by ImageDraw controls in this demo, are in PNG image format with transparency. It's well known that Microsoft Internet Explorer 5.5 or 6.x - for Windows platform - cannot display PNG files with transparent backgrounds properly. ImageDraw controls solve this issue by implementing a well know PNG Hacking method based on the Internet Explorer AlphaImageLoader filter. Learn more about it in the product help documentation.