This ImageDraw demo demonstrates how easily you can use ImageDraw object model and ASP.NET AJAX Framework to design an advanced AJAX-based Photo Editor. 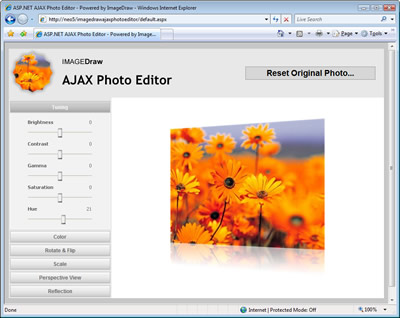 This AJAX Photo Editor features:
- UI leveraging ASP.NET AJAX Control Toolkit
The left pane of AJAX Photo Editor UI leverages on ASP.NET AJAX Control Toolkit components like Accordion and Slider. The Accordion control is used to divide some Imaging Effects in categories. Those Imaging effects leverage ImageDraw object model and Slider controls are used for setting up some parameters that each effects feature.

For example, the following figure shows how Slider controls are used so the user can specify which Brightness, Contrast, Gamma, Saturation and Hue levels must be apply on the target photo. 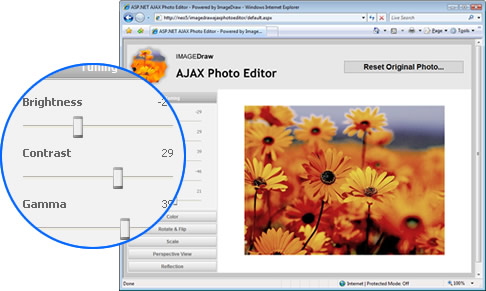 For example, the following figures show Coloring settings like Black & White/Grayscale and Negative/Invert: 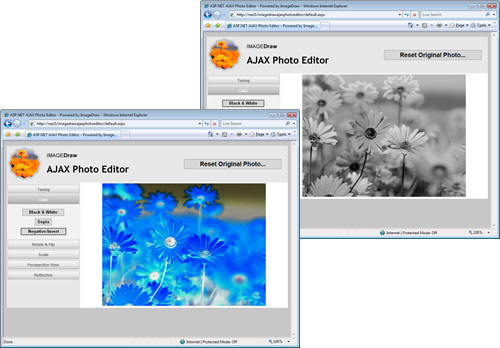 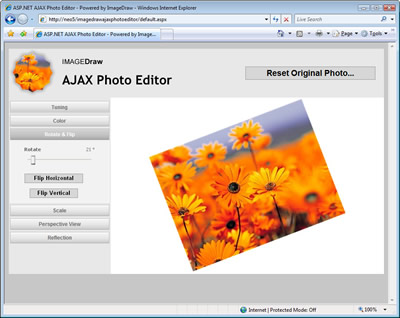 How to build an ASP.NET AJAX Filmstrip Viewer featuring Rounded Image Thumbnails and