In the following step by step guide we're going to create a simple Windows Forms application that accomplishes data binding tasks. In this Windows Forms we'll use Barcode Professional to bind a data field to it and using Binding Navigator controls as well. We'll use Microsoft's AdventureWorks database sample for SQL Server 2005.

Follow these steps:
- Ensure you have installed Barcode Professional for Windows Forms
- Launch Visual Studio and create a new Windows Forms application
- Go to Data > Add New Data Source and follow the wizard?s instructions. Select the AdventureWorks database. When you are asked for a Database object, select vEmployee (HumanResources) view and the fields shown in the following figure. 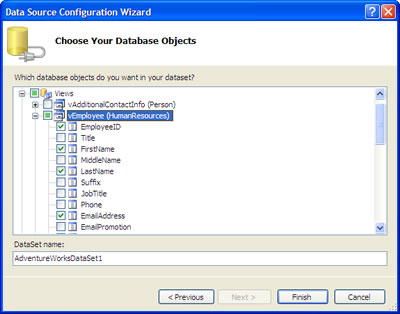 - Open the default Form at design-time and ensure that Barcode Professional is on the Visual Studio Toolbox as is shown in the following figure:

- Now, change to the Data Sources Explorer, select vEmployee and set its view to Details as is shown in the following figure. 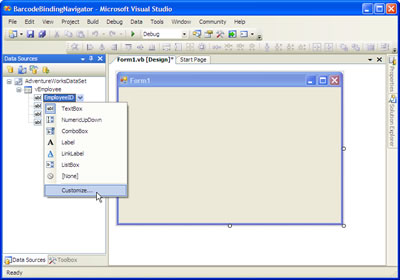 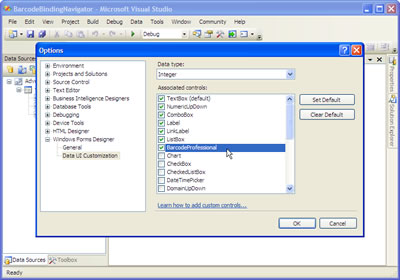 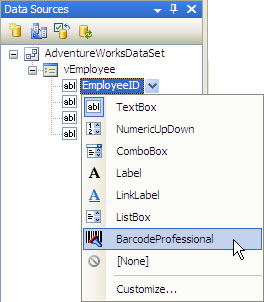 - Now it's time the designer automatically creates the form layout. Select the vEmployee item from the Data Sources Explorer and drag & drop it onto the form. Then, select the barcode control on the form and set an empty string to its Text property. The form should look like the following.

- That's it. Run the app. You'll get something like the following: 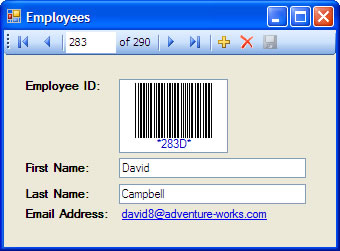