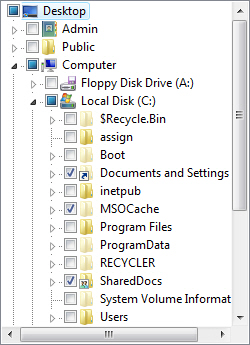 LogicNP Software has released FolderView.Net 2012 which brings drop-in Windows-Explorer-like folder browser functionality to your Windows Forms apps. This UI component is a perfect replacement for the plain, inflexible, modal APIs which developers are currently limited to. It offers complete support for AutoUpdate, dragdrop, icons, contextmenus, non-filesystem items, default key-handling, infotips and renaming. It features powerful behavior control and customization functionality that takes it miles ahead of Windows Explorer by adding features like filtering, checkboxes, custom items and dragdrop control and customization of default contextmenus, displaynames, icons and infotips When combined with FileView and ShComboBox components, it recreates the entire Windows Explorer UI within seconds. FolderView.Net is written in 100% managed code and completely supports Visual Studio 2010 and Net 4.0. FolderView.Net has a royalty-free redistribution license and has no external dependencies. The new version has features and functionality, new API, improved Windows 7, Windows 2003 and x64 support and more!